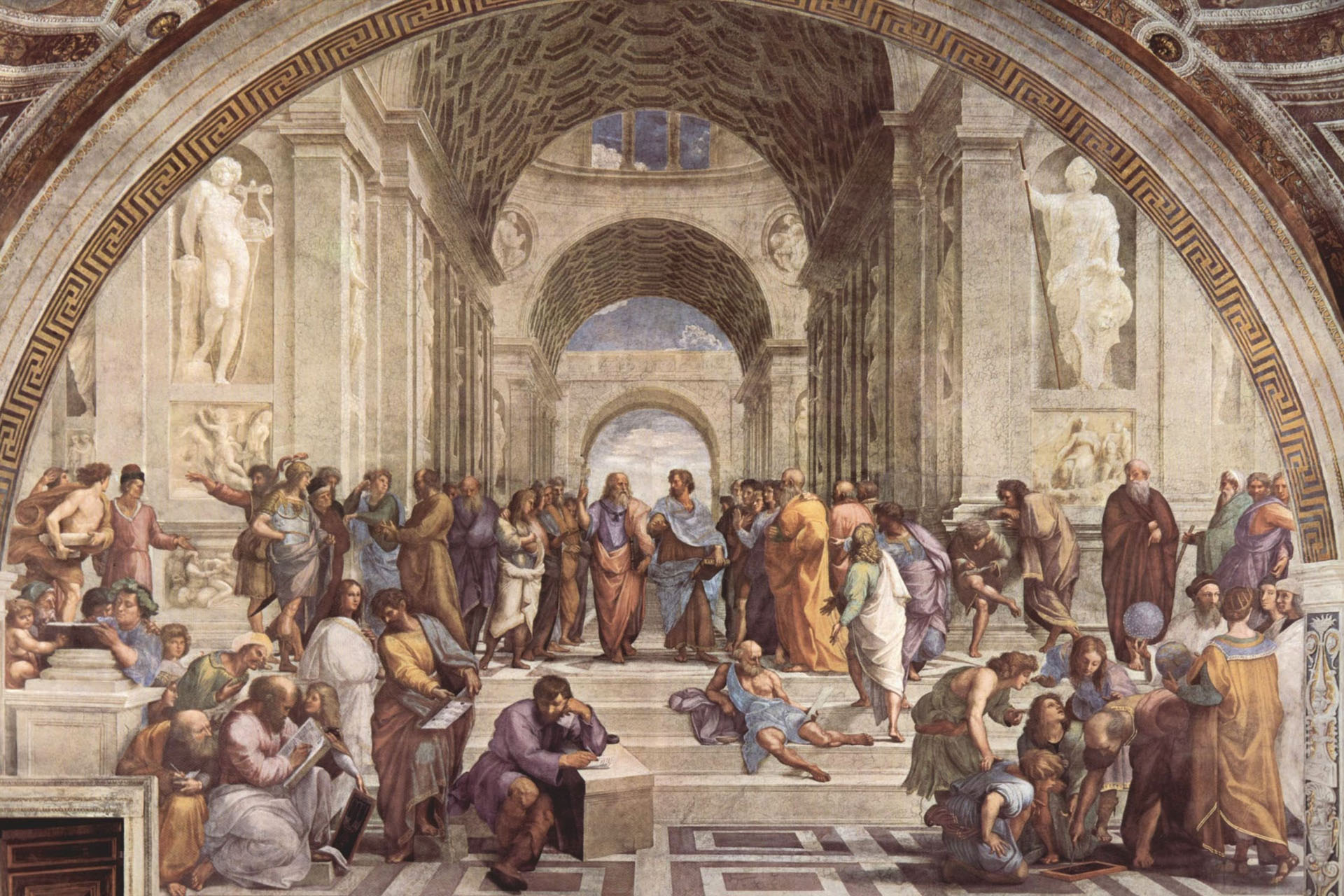 What should you do during your startup’s first 100 days?

No entrepreneur is perfect. You’ll make lots of mistakes, especially at the beginning. The most important thing is to try to maximize your startup’s first 100 days, because what you do then will have a geometric impact on whether your company goes up, stays flat, or heads down.

The culture and tone you set then will follow you forever. You’re creating a certain energy, a certain way of spending your time. It doesn’t mean you can’t change things — but it’s much harder to change things than to get it right in the first place.

Take a concrete example, the fact that so many French companies choose a French name. If things start to work, they see that they need to change their name to go global. But it’s so much harder to change your name at that point, as opposed to just starting with a name that’s ready to scale.

It’s just one thing that points at something important: Be crystal clear about your goals at the beginning. There’s no such thing as being too ambitious. If you want to be a global company, and five years later, you’re running a local agency, ok, no big deal. But if you start out thinking like a local agency, it’s so much harder to shift into being a company that can go global.

On a personal level, those first 100 days set your own energy tone as an entrepreneur. Building an ambitious company takes a lot of time. It takes 1–2 years to figure out if the idea is working; 4–5 years to build a company that can be seen as a success; 5–10 years to actually find an exit. So from the start, you’re looking at committing the next 10 years of your life.

That’s why even in the first 100 days there’s no such thing as a “startup as side project”. The amount of energy you need to put in at the beginning is super intense. An entrepreneur should embrace that, because it’s the whole reason why you aren’t just going to find a job in some other company. At its heart, being an entrepreneur is about saying that you’re worth so much more than anything on your current CV. Launching your startup is saying, “I can do more than what someone looking at what I’ve done so far would ever think.” Easy enough to say — but proving that takes an enormous amount of effort and energy.

Any time that you spend on something other than your startup is something that has a real cost, that affects whether or not you’ll achieve your goals. In the first few years of a startup, there’s so much to do and so much energy needed, it’s already more than you can ever hope to do.

Every startup takes more energy than you can possibly give. That’s why you need some luck, too. But luck only comes when you stay focused and energetic for a very long time.

Apply that lesson to everything in the beginning. How are other people going to see each decision you make? If anything feels off, don’t do it.

Let’s get concrete. What do you need to do in the first 100 days?

Define the real milestones to be achieved. These should not be time-based. Don’t say, “Ok, I’m launching a travel app: I’ll finish the MVP in June, then I’ll raise money in September, and the funds will let me spend on ads so that I can get to my first 1,000 users in December.”

Whenever an entrepreneur tells me something like that, I get that warm feeling you sometimes get when talking with a child: “When I grow up, I’m going to be an astronaut!” That’s so sweet, I wanted to be an astronaut when I was little, too!

Time-based milestones are a delusion. They make you think that you’re able to master time. You. Can. Not. The gods will decide the fate of your startup, not you. The only thing you can do is to look around, see what is in your power, and focus.

That’s why your milestones need to be based on key metrics. Those metrics should be linked to concrete steps that are part of getting closer to your goals.

A good entrepreneur will say, “I’m going to get 100 clients as soon as possible. When I get to 100 clients, I’ll hire my first full-time employee, so that I can focus on fundraising; and if I can raise up to $1M at a $4M valuation, then I’ll…”

Testing in the first 100 days is all aimed at the only thing that matters then: getting product-market fit. Remember, product-market fit is obvious. If there’s any question or debate, you’re not there yet. It isn’t about a metric, it’s not about selling X number of units or having Y number of users. Product-market fit is having something start to happen that shows things spinning out of your control. It’s when your startup grows in a way that is greater than all the effort you’re putting into it, where you’re just trying to hang on and keep up.

At the beginning, it’s not like that. Things aren’t crazy. You’ll be putting so much effort in, and not getting much in terms of results. It’s frustrating! That’s why it’s so important to keep testing, to keep trying to get to product-market fit. Because once you’re there, it’s clear, you feel it in the results, that you’re getting back tons more energy than you’re putting out.

Reduce your timeframes. You don’t need to think in terms of 100 days, a month, even a week. When we started The Family, I didn’t let anyone talk about anything that couldn’t be done tomorrow. That was as much time as we had, why plan for next week when the company could be dead by then. So at the beginning, if you can’t get it done in two days, don’t do it. Don’t waste weeks trying to build some new feature when the market hasn’t validated the product itself yet, the risk of wasting your time is way too high.

Perfection can’t be the goal. Information is the goal. The first responsibility of an entrepreneur is to learn things that nobody else knows. Build your level of expertise, your level of awareness, until you really do become an expert. Make sure you’re learning as much as possible in as short an amount of time as possible.

[Caveat: Yes, there are some situations where this isn’t true. Like deep tech startups. But really, deep tech startups aren’t startups. They’re R&D projects financed by very rich people, and maybe one day it will become a startup, on that day when they’re finally read to go to market.]

That’s what you should do. How about the most common mistakes at the beginning?

Too many founders simply don’t understand what’s important and when. At the beginning, it’s only two things: talking to clients and building a product they love. Everything else is just a distraction. By the way, that’s why retention is so much more important than acquisition at the beginning. If you spend too much time on acquisition before having a great product that people keep using more and more, it’s a waste.

It’s a mistake to not sell to literally everyone around you. If you can’t convince your friends, your family, people you’ve worked with about how great your product is, how are you going to convince people who don’t care about you at all? It’s so, so important to convince those 10 people who are closest to you, they’re the ones who can become real ambassadors.

Mentally, it’s much easier to learn to sell to strangers than it is to learn to sell to your friends and family. If you’ve got 80% of your loved ones using your product, and aren’t sure how to expand that circle, the problem isn’t the product, it’s just your way of selling. That’s something you learn.

Too many people don’t throw themselves into doing early sales by hand. You should be talking to everyone around you, in the street, in the supermarket, in the Uber. Doing that constantly, day after day, it’s what teaches you to how to pitch, it gathers feedback, you’re seeing how people react. It’s a ton of effort that will eventually pay off over time.

Don’t underestimate the thrill of closing one sale every day. You can sit around daydreaming, forecasting how much you’ll sell by the end of the year, but I promise, that projection won’t be nearly as exciting as actually selling 1, 2, 3 things today, tomorrow, the next day. Those small steps you take at the beginning are what give you the excitement and the growing momentum that will eventually turn into a giant step.

Don’t do things that scale without having first mastered them by hand. For example, you want to send cold emails. The worst thing would be to start by sending out a massive cold email campaign. To get good at it, take 2 hours per day to write as many emails as you can, to as many people as you can, with the one rule being that you never write the same email twice. If you do that for 3 months, every day, you’re going to discover things you’d never find out if you just create a template and send it out, hoping to get lucky. Once you’ve taken in all those lessons, you can automate things, because you’ll have properly developed your instincts.

Don’t try to make it feel less crazy. So many people do stupid things at the beginning just so that other people don’t look at them weird. Like getting an office — why do you need it at the beginning? Just work from home. Getting an office should only come once not having an office is really creating problems, like when you’ve got 10 people on the team, all sitting around your kitchen table, and no one has the room they need to get things done. Then getting an office is a cool thing, it’s a big step — and it’s one you’re taking because it’s necessary, not to make yourself feel like you’ve got a real job.

The more interns a startup has, the more likely it is to die fast. Interns today are fine for big companies, because they’re a relic from when it took so much time to learn, when there was tons of knowledge inside the company that took a long time to learn. But in startups, everyone’s learning everything all the time. So sure, find junior employees, be open to finding a talented kid right out of high school who is excited about working for you. But treat them like what they are, an employee, who you expect to be great, to learn, to give to your company’s growth.

Don’t look for mentors, don’t look for advisors before you get to pre-market fit. When you’re a fast-growing company, when you’re scaling up, there’s value in finding smart advisors, people in the field who have experience with the questions you’re facing. But when you don’t have product-market fit, no one can tell you what is going to work! Anyone who claims they can be your advisor pre-product-market fit is full of it.

One last thing: Remember how important it is to create something that people love. It’s so much better to have 10, 20, 50 people who LOVE your product than 1,000 people who are like, “Meh.” Establish a real relationship with them, call them up, grab a drink with them, find out what they think is great in your product, what’s just ok, what they are looking for. Show them that you really care about who they are, their real needs. You need to build that small group of people who are super dedicated to your startup, who feel like they’re in the exciting new club that everyone’s going to want to be in.